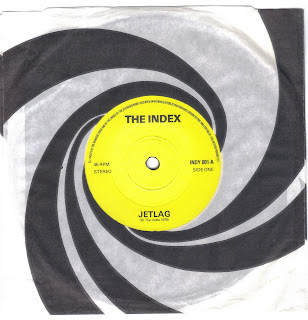 The trio were based in the Cheltenham area & comprised of

I've had contact from Russ, who has confirmed that there were only 500 (solid centre) copies pressed. This was at a plant near Hayes & all the costs were out of his own pocket. So Troy & Dave get in touch he wouls like 30p each from you! (It won't cover it but it's the thought that counts!!)
It was recorded at the Millsteam Recording Studio in Cheltenham & Technical duties go to Dik Cadbury (Producer) / John Acock (Engineer).