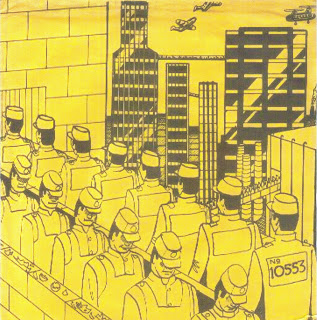 If you can find it anywhere on the internet, it will flip the tracks.
The reason I've put it first is, I prefer "no. 10,553" + it's shown on the front of the sleeve

the (Reading) Berkshire boys were

& was recorded at Woodcray Studios

thanks to Bernd Granz for the band info & sending the scans 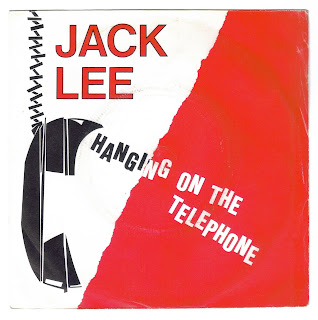 Here's one for all you Powerpop fans

I don't think Jack Lee needs any introduction (HE WROTE THIS & BLONDIE COVERED IT!!!!) it was first released in 1976 on a US 4 track e.p. by a band called the Nerves (which also included Paul Collins & Peter Case)

This version is slightly faster than the original & has a little more production (it's not better - it's different but not much!!) 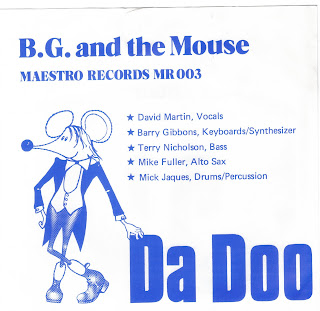 There is a band biography on the inside of the fold-over sleeve (see the downloaded scans - if you choose to of course!)

This is the 2nd release on maestro for B.G. & The Mouse (the 1st being a 45 called "Breaker One Four / Channel Tunnel" - a synth-pop tune on CB radio usage with an instrumental on the flip)

Saying all of that I think most of you will prefer the B-side!!! (which according to Peter Malski was originally penned as "Belfast Boy" & was in his own words "a sort of homage" to George Best)

25/04/2011 - I've just received an e-mail from Peter Malski (Mouse - writer of the B.G. & the Mouse tunes) who has informed me of the sad news that Barry Gibbons (B.G.) has just passed away. My sympathy goes out to his friends & family.

Labels: -UK, BG and the mouse 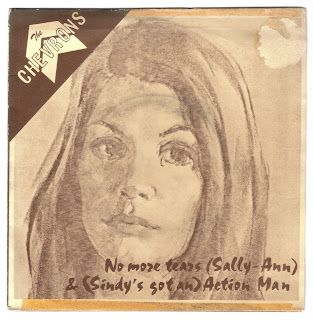 Great double B side powerpopper (requested a while back)

I could tell you all about them but they have a myspace which does it all for me!

there is also a web site
http://www.chevronz.com/ 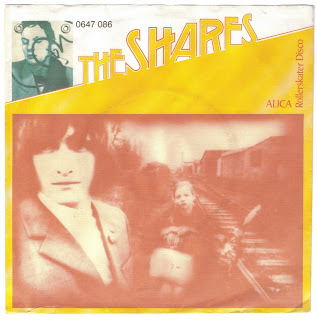 The label "Berlin rock news" was funded/sponsored by the local council in cahoots with a different record company every year to aid the launch of local acts. The records having a press run of 1000 & being distributed by the band themselves at gigs etc.

and that is all I have 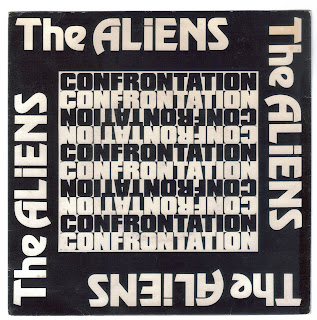 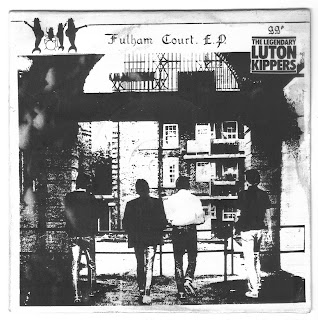 This was requested a while ago - It's great Mod/punk

(from a pretty much unknown band - yeah right!)

well the (not so well kept) secret is

After the Legendary Luton Kippers,
75% of this band became "the Faith Brothers" (they left Gusto Jennings behind & added a new drummer
Posted by bristolboy at 04:50 8 comments:

I've just read the sad news that Chris Sievey has died - I've nothing fancy to say, just "there goes someone who made some damn fine music!"
read more here
Posted by bristolboy at 09:06 3 comments: 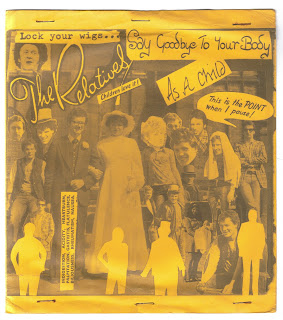 b/w - Say goodbye to your body

I'm led to believe that this four piece where from Oldham (Dave, please keep sending the Peel clips they're really helpful for information - there's nothing on the net! or in books (yes some of us still use them!))

they were (& probably/hopefully, still are)

If this whets your appetite, pop over to Low Down Kids I believe they may have one for sale (S - I'll call later for my commission - I wish!) 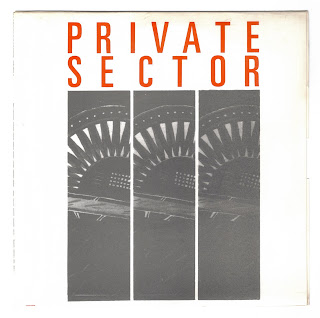 produced by Steve Garvey (bass player for the Buzzcocks) & recorded at cargo studios. 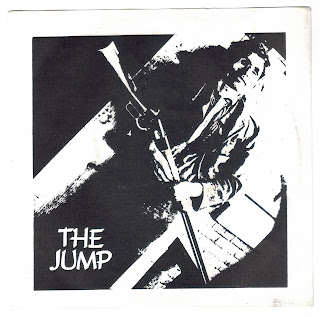 All (most! - not quite all yet) "new wave related" release date information can be found at the worthless trash website) 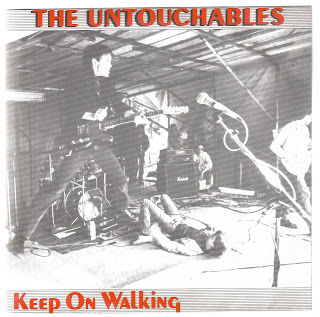 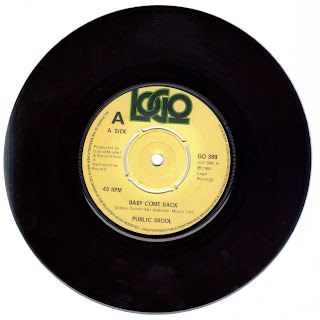 Yup it's an "equals" cover in a mockney accent - I don't care, I still like it!!

Really it's the b-side most people want this for (it's been on a few "buy your Dad a dodgy punk C.D. for his Birth 'Day/Fathers 'Day /what ever commercial selling day it is 'Day)

Sorry don't know anything about the band (one-off 45 for the mostly great Logo label) As you can see my copy is a demo which came in a RCA promotion sleeve - So It was likely RCA distributed.
If you want a copy try searching here there are quite a few cheap ones 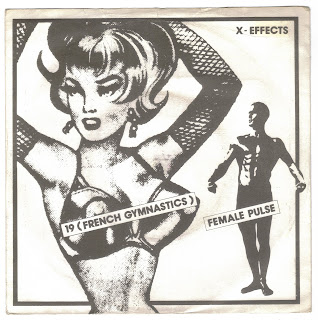 Another request from Dave.
Again I've seen this sold on e-bay as powerpop & again it's not!
What we have is 2 above average post-punk tunes (like most tunes on this label
Posted by bristolboy at 05:10 2 comments: 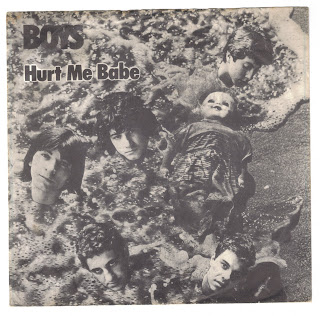 This has been comped on powerpoppers vol1 (was there ever a vol2?) - these come up for sale on e-bay every so often

Sorry, I've been asked to remove this link as their LP's are now available on CD - Buy them, you will not be disappointed!!
Posted by bristolboy at 05:23 2 comments: 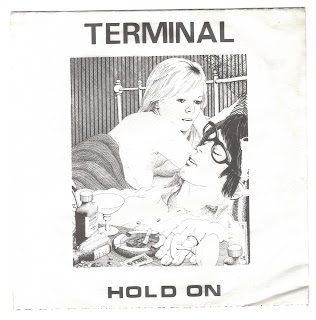 1st of 2, 45's (the 2nd being released in '82 on their own termite records (srts custom press)
This is often labeled as powerpop - It's really "post punk" with the last 1 1/2 minutes of "hold on" qualifying for the punk/powerpop label (admittedly the last part is well worth the wait!!)

the only extra thing I can add that isn't on the sleeve scans is that the "N" in N. Peters stands for Nigel (who says I give no information!)

anyway find out for yourself what it sounds like 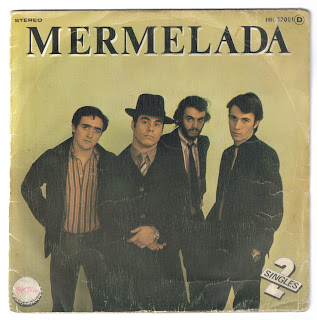 This was their second release (1st under their shortened name
Posted by bristolboy at 06:10 No comments: 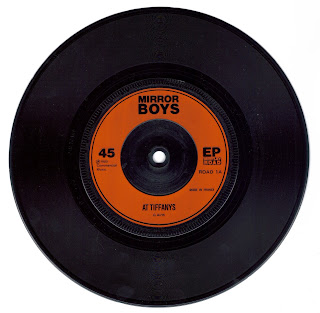 A - At Tiffanys
B1- Jumble Sale Suit
B2- Captain Scott

A nice e.p. on their own wortley road label.

Jumble sale suit is the mod/powerpop track that is more to my taste.

Don't really know much about this band from Leeds except their later drummer*(Tim Mills) was also the drummer for"the neat" (who released an excellent 45 "Hormones in action"in '79) & "Tiffany's" was a dodgy nightclub/venue at the Merrion Centre, Leeds.

The record does come with a wraparound sleeve, unfortunately mine hasn't got one - If anyone can send me a scan - I'd be eternally grateful

*info from Mario Panciera' 45 Revolutions - thanks 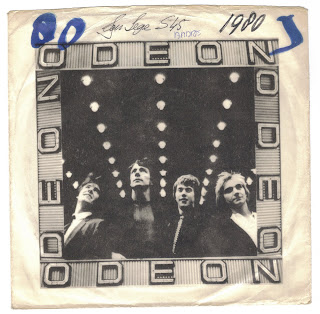 A good slice of mod/punk from:

was anyone else watching this
Posted by bristolboy at 09:41 3 comments: 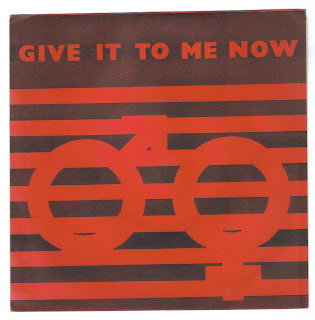 On listening to my last post it reminded me of this little gem, so you get the benefit of another mod/powerpop double sider.
As the story goes this was to be "the Banned"(yes them with 2 45's on the harvest label) third 45. Unfortunately for them they got dropped like a hot coal. So the writer took the song formed a new band & released it him self on his own label.
very few sleeves exist (I'm a lucky boy!)
bollocks, I've just googled the band & found LDK has already posted this a few years back - too late I've done the work so it's going out (pop over to the page, he gives more info than you were gonna get from me) 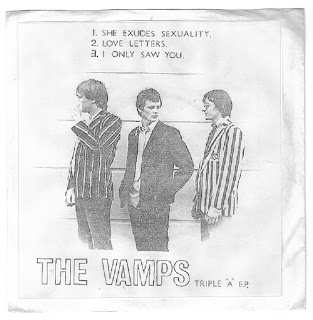 This is my first requested 45, so Dave I hope you like it!
I hadn't listened to this for a while, so it was a welcome pleasure to give it a spin (Excellent mod/powerpop if you're wondering)
As you can see from the insert, the band were a three piece (from the Gloucester area)

They are named on the labels as 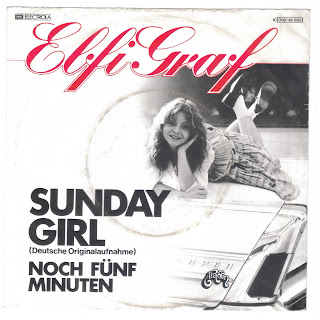 Well you've all heard Debbie Harry singing this is English & French (some may have heard it in Spanish) Here's a 27 year old Elfi (trying to look younger on the sleeve) singing it in German.
I've included the B-side, as I'm sure people would ask me about it, if I didn't. Personally I'm not going to listen to it again for one second (let alone five minutes)
There are sites to go to if you wish. I'm not going to link to any as I don't think you'll want to hear any thing else by her!

Having said all of that; I like this version & I'm sure you will you!! ---- gotta love the handclaps 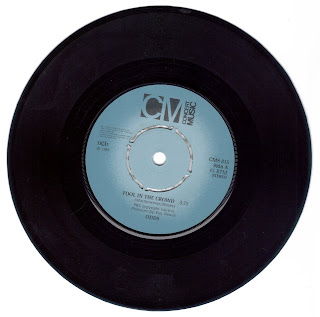 4th (Swedish only- probably to coincide with their tour) 45 release for this Hull, Mod/ska band. Once again it's the b-side that is the better track to these ears.
According to the info page that came with this release, Kieron Moses has moved from backing vocals to lead vocal & Sam Leyland (lead singer on the first 2 - not sure about the 3rd 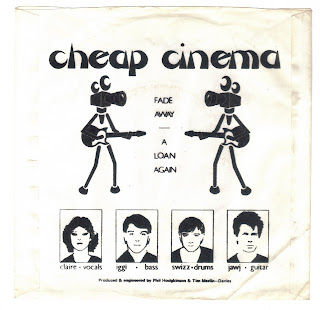 another great 2 sider - although "a loan again" is the powerpop winner for me.
I have to admit, (once again) to knowing nothing about this quartet.
By, the pressing, the label design & the sound, I would have guessed this was an American 45 but it has a Warrington phone number on the label & it's the correct area code for the Cheshire "new town"
- so it's another lost classic in the vein of all the "bomp" label female vocal bands.
If anyone knows anything about this band especially the release year, I'd appreciate the info.

The Bitter Lemmings - Bombing The Russians (1980) 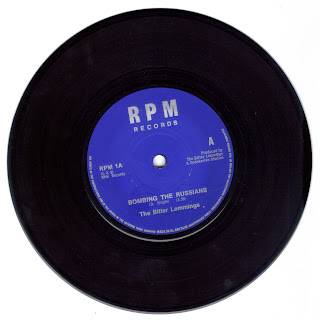 It's a 45 of 2 sides "bombing the Russians" is a nice slice of mod/powerpop (which deserves to have been comped on at least the "Shake some action" C.D's). Whereas the other "A" side is white reggae (still good though) 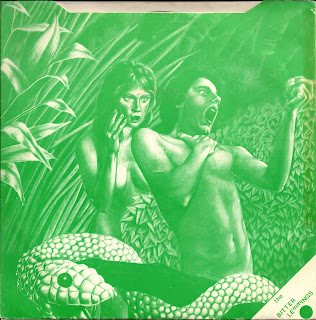 for sending me the scans 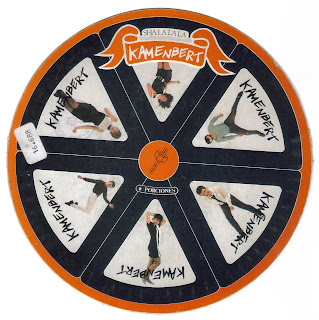 This is the 3rd & final 45 (I know there is a later LP from 1988 but not sure about any more singles) by this Spanish Mod band.
They apparently are from Castelldefels (Barcelona) their 1st 45 being released in 1983
All 3 of the 45's are worth trying to get your hands on. I've chosen this one coz it's the one I can always remember (it has a bit of a "dolly mixtures" sound to it! + gotta love the round sleeve)

If you're a fan of mod/powerpop music there is a plethora of it from Spain - I will be posting more in the future . I may not understand the words but the sounds get me every time!!

OK firstly I think I've sorted a few things out & the downloads should be easier & better - comments would be appreciated!!

All posts below have been re-ripped today so they should all sound better (I hope!)
Posted by bristolboy at 08:25 3 comments: 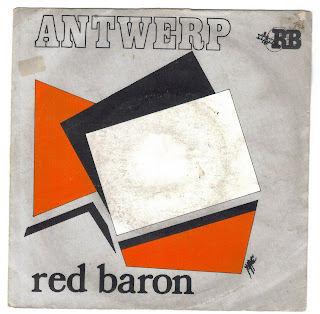 b/w speak for yourself

here's a neat little double sider from Belgium on the "twinkle"label. I'm not even sure of the release date, it is definitely no later than 1981 (as I have seen another twinkle 45 ALCAZAR: Days of torture b/w Born to be a beggar that is dated 1981 & the cat# is 1 digit higher than this one. 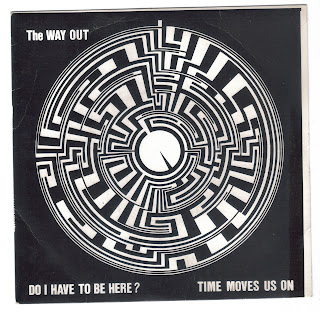 b/w Do I have to be here?
I've posted this as someone has been asking for it over at the "Tone And wave" & "deadbeats & no-ones" blogspots. I have to admit to not really liking it that much! - don't get me wrong it ticks all the right boxes but something is just not right -
This is the self-funded release before the "diamond records" 45 so still has the original drummer (Mark Turner) along with the 2 Wiles brothers. [if you are interested the drummer on the 2nd 45 is Derwent of "long tall shorty"/"the rage"
Also can anyone tell me why a band from Kent had a fan club in northern Ireland 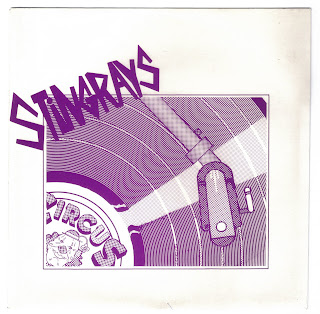 B/w Satellites
this was the follow up to the excellent "countdown" 45
must admit it took me a long time to get my hands on a copy of this (even thinking for a while that it might not exist) but it was worth it. They were/are a Bristol band - Russ Mainwearing being Welsh, may dispute this but hey! -
anyway both sides are winners (even if "never do" does show a slight fascination with Mark Bolan.)

there is a myspace for them
http://www.myspace.com/stingraysstingrays

& as it says they have reformed as a 3 piece (I've seen them at the Thunderbolt 3 times - great venue if you're ever in Bristol) & their playing has got tighter every time
check out the c.d. "back across the rubicon" if you can get your hands on it - You will not be disappointed.