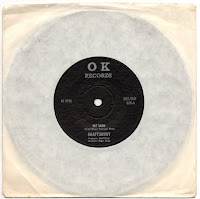 This is all over the net as being a 1980 release but as the cat # is SRT/CUS 025. I'd say earlier. You only need to hear their later NWOBHM output to agree with me. 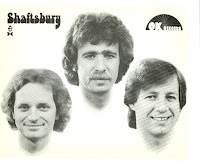 The band started in '71 getting their name at a gig in Osborne Rd Southsea. When a partygoer asked " What's the name of your band?",on repyling that they hadn't got one. "Yes you have, Its on the front of your Drums!" There, on the bass drum front skin was 'Shaftesbury'.[Japanese musical instrument company]
In 1974 they were chosen to work for Phil Spector, The whole of that year was taken up touring as a backing band for the Crystals and the Ronnettes. It was after this that Chris Lowe {Voc, Lead / Rhythm guitar} left and Peter Roffey joined making up the band that recorded this 45.

I've read that they appeared on the ITV talent show "New Faces" in May '75 which is possibly where the recording of the superior (To my ears) Crazy Jane comes from.