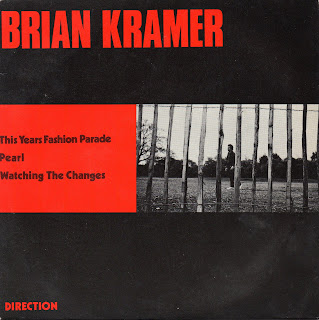 A1 - This Years Fashion Parade
A2 - Pearl
B - Watching The Changes

I'm guessing this was before Steve Carroll joined Praying Mantis 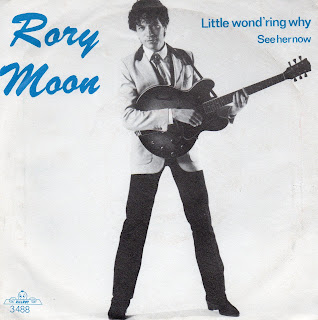 Here is the 2nd time Rory Moon tried for fame & fortune with this beatlesque powerpopper.

(it was originally released in Holland, Germany & Belgium on EMI in 1977, where he was joined by the Silver Stars)

If you want to know if the "mixes" are the same, pop over to Sing Sing & work it out for yourself! 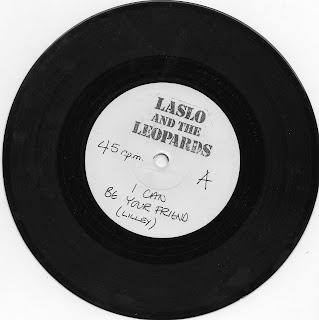 Nice couple of New Wave / powerpop tracks from the pens of Lilley & Rogers & the keyboard of
Patrick Browne (ex Fraser Nash, also played with Roy Sundholm amongst others)

Labels: -UK, Laslo and the Leopards 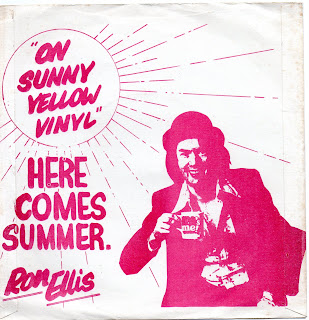 As it's officially the start of B.S.T. today I thought I'd celebrate! with a cover of Jerry Keller's '59 hit from Mr Ellis (who confesses to giving it a new shuffle arrangement) aided by Sue Glover & Sonny Leslie & Tony Burrows

This 45 was released after his 1978 7" For The Boys On The Dole under the name "Neville Wanker & The Punters" (where he was joined by Bilbo (possibly) & Tim Rose) but was probably recorded sometime earlier (1975?) at the Morgan Studios in London 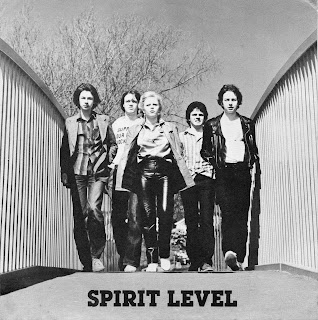 This is a double A side, but if you ask me Cigarette World is the only track worth listening to (that's if you like the sounds of Chefs , Mo-dettes etc)


I'm pretty sure this was the only release from the Southend-on-sea based bunch. 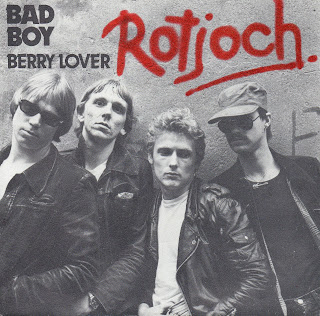 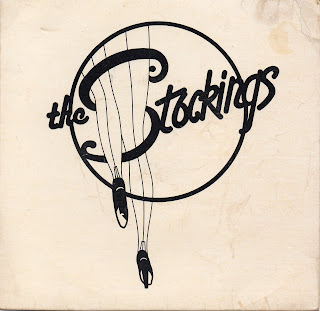 1st 7" from this Perth New wave band who started life in Early '79 as "Rip Torn & The Stockings"
Rip Torn being singer Bernie Lynch [ left in 1980 to form "Living Single" -who became Eurogliders.] 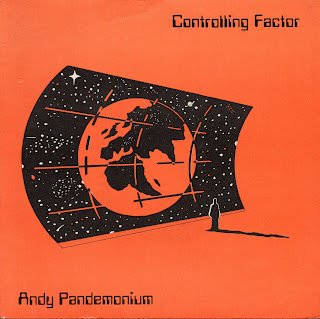 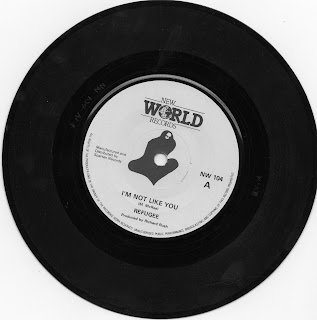 Great slice of Mod /punk on the A-side & not a bad track on the flip either.

According to Music master it was released in October & was their only vinyl offering. 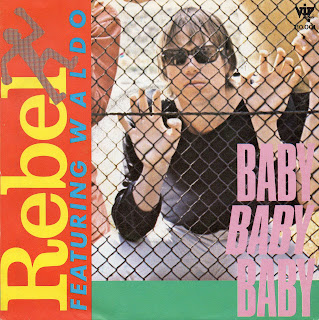 Nice Powerpop from this Dutch (Hilversum) band - It's their only release under this name but they had a couple of 45's & an LP under an earlier incarnation Rotjoch .
The 1st 45 is here & the LP here but I couldn't find their 2nd posted any where (so I may post it soon)

The sleeve shown is from the 2nd time this was issued - there are also scans of the 1st issue in the download (they're both on the Vogue subsidiary label VIP & appear to have been issued only a few months apart - anyone know why?) 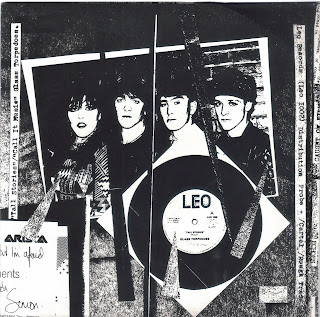 You can find a bit more info here 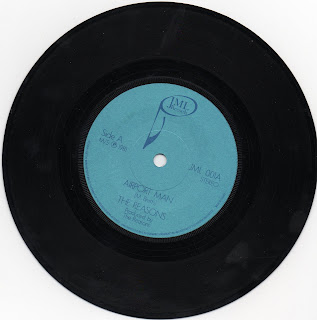 Apart from the 45 being made in France (It was cheaper than using UK plants) I have no more useful information. 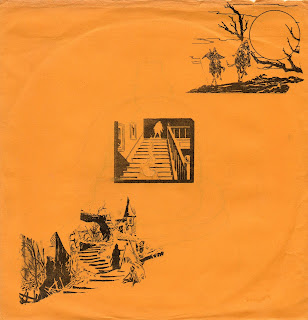 Cool debut 45 this, on their own label (Velvet Moon records VM1)

The above Trio + Martin Newton were also Midnight Rags

Their 7" Discography after this 45 reads 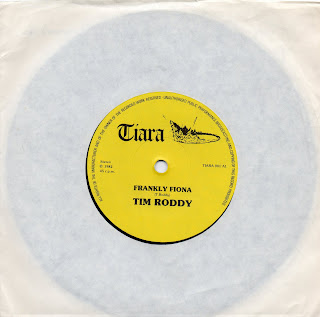 Can't tell you much about this 45 apart from the 2 tunes fall into the pop rock / powerpop bracket.

I think Mr Roddy was from the Farnham Common neck o the woods. 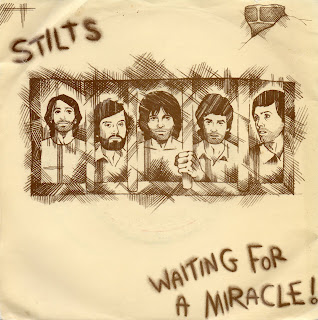 This 45 doesn't really know what it wants to be (snyth led but with ska / powerpop overtones) anyway I sort of like it!

I couldn't find much info on the (Manchester based?) band (an internet search shows there are plenty of this record for sale)

It's on the Mansfield based Rondelet Music & Records Label.

Both sides were penned by P. Soffe & the bass player was Mike Wellman (creator of Pacru). As to the identity of other 3 - Anyone know? (See Comments!) 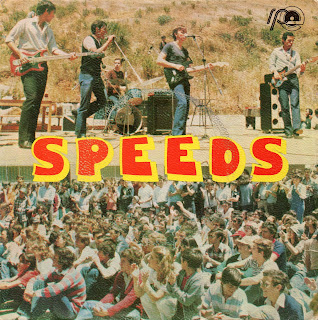 Here's the 2nd 45 from this Portuguese pub rock / New Wave band & it would happily sit on one of the powerpearls volumes.
Their 1st release was She's Gonna Leave Me /The House Is In A Mess (It says Mass on the sleeve & record but I think that's just a typo) - GIRA 1980
Both 45's were produced by Rock in Stock radio broadcaster Luis Filipe Barros 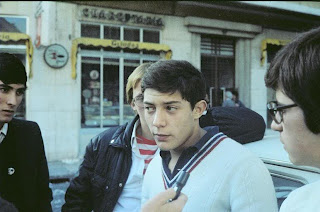 Thanks to Toxicidades for the info & photo 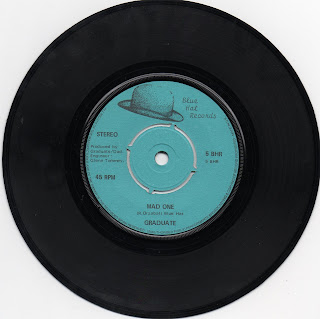 b/w - Somebody Put Out The Fire

1st 45 from these "Bath" Boys whose biggest hit was Elvis Should Play Ska. Yet they are probably best known for their later incarnation; Tears For Fears

The Story goes In July 1979, Graduate spent three days in Bath's Crescent Studios.
From this session, Mad One / Somebody Put Out The Fire was picked for release as a 45 on the small indie label Blue Hat.
They wrote 'Mad One' after being commissioned to do so by Tony Hill, an eccentric man with a successful car number plate business. Mr. Hill offered to pay for the studio time if the band would agree to write and record a song about him. He owned a car with the license plate "MAD 1", hence the title of the song.
Only a few dozen copies of the single were pressed, and those were most likely used to promote Mr. Hill's business.
According to Andy Marsden, the b-side is the only known Graduate recording to feature John Baker on lead vocals & was a track that they started doing back in 1977 (as the Baker Boys).
BTW I'm warning you now this is not their best recorded output (I'm posting it because I've had a request)

other vinyl to lookout for 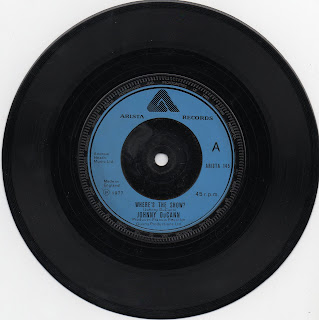 Here's the 2nd 45 of 3 that are worth looking for from John Du Cann (guitar, voc)
If you followed the link you'll have seen John Cann has had a long & varied career (The Attack, Andromeda, Atomic Rooster & quite a few others)

His little helpers on the record were
John McCoy (bass)
Peter Kircher (drums)
Andrew Brown (keyboards)
I also read a rumour that a few guitar notes may have came from the producer!

Here's John With the 1979 chart hit Don't Be A Dummy on Top Of the Pops & the original track on the Lee Cooper Jeans Ad sung by Gary Numan.
while you're at it check out the follow up ad by Lee Cooper with Gary Holton (HMK) singing The story goes that in November 1980 Hewlett (with son & wife) & Davis flew into London to met the others & rehearse /demo 5 songs, these were in turn taken back to California.
These tunes were played to Ian Kimmet & Albert Grossman of the now defunct Bearsville Studios (Woodstock, Turtle Creek, N.Y.) who offered them studio time.
By April 1981 Davis had finally quit the Dickies & the 5 of them had 9 tracks finished. A call then comes in from the Dickies asking him to help them out with a few local shows at the Topanga Corral (Topanga) in May. On assurance that he will not be required in the studio, he agrees.
It's after the last of these shows that he goes back to his parents house in the San Fernando Valley & shoots himself in the head. Thus the project ground to a halt & it took until September 1983 for the tunes to get released. 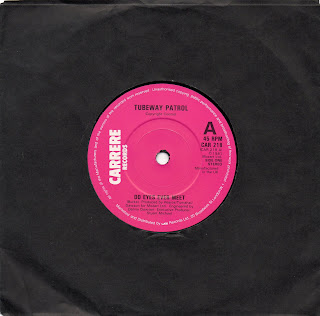 When Tubeway Army split in 1979 (Gary Numan and Paul Gardiner wandered off into the sunset) Sean Burke and Barry Benn reverted back to their earlier days and formed the Station Boys.
Sean was also briefly leader of "Robert & the Remoulds" (who released a version of Do Eyes Ever Meet as a double A-side with X No1 on Black & White records - 1979).

The Station Boys morphed in to Tubeway Patrol & the 2 started lo look for other members.
On 31st May 1980, With the band being;

They went into Jacob's Studio's, Surrey to record a Demo (Do Eyes Ever Meet / Welcome / No Time / Relay) which secured them a record deal with Video Records [WEA] who booked them into The Music Centre Studios ,Wembley where they mastered “Do eyes ever meet” and “No Time” unfortunately these recordings were never released as the company folded shortly after.

Another Demo was recorded 06/12/80 at Exit studios, Fulham (Only Dreaming / A Death In The City / Computer Failure / Time Square)

Soon after, under new management , they went into Abbey Road Studios & mastered the same two tracks again (with Charlie Tumahi - Be-bop Deluxe bassist behind the desk).
With these masters the band secured the record deal with Carrere Records [WEA]. It's released (13th November) with no fanfare or picture sleeve, even with it receiving some radio play it sinks without a trace.

Due to the lack of success the record company took the decision to drop the band.

They then signed to DJM (1982) and the single was re-released in Europe (France / Holland / Germany) with a different mix of "No Time"..... again fame & fortune was not around the corner!! 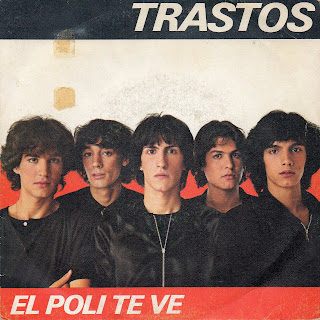 Trastos were an attempt by CBS to cash in on the pop / New Wave scene but don't let that put you off !
They began in Madrid in 1978 but didn't release any recorded material until 1980 with this El Poli Te Ve - (The cop sees you) 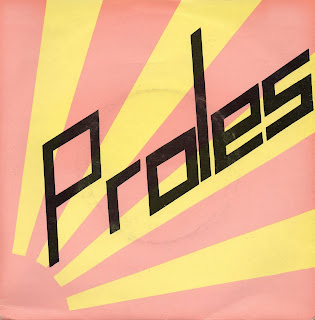 Here's the 2nd (& final) 45 from this Sunderland (Fence Houses) band.
The 1st was a split 45 with the Condemned (they contributed 2 tracks - Stereo Love & Thought Crime)

They reformed around 1994 thanks to Steve Lamacq using SMK on his radio show & played the '96 "Holidays In the Sun" festival. 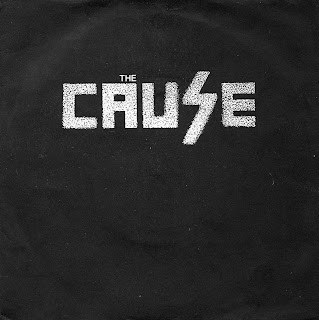 Here's an EP, courtesy of this Cheshire based band for all of you who prefer their Powerpop on the Punk side. 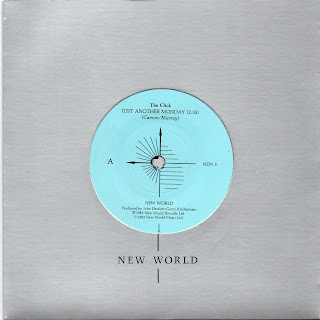 Some great mod / powerpop from the pens of Carson & Murray. Although according to Rich Carson Just Another Monday was originally going to be the B-side to their 1st choice release of Dizzy Spinning Round.

The Band formed in April '82 & in July '82 entered & won an ABC music competition "New Sounds Of '82". The prize being 2 days recording time at a studio in Shepperton. A track called Touch Too Much was completed & can be found on the Various Artists LP Curious Collection (Street Tunes - 1983)

In Feb '83 the band got themselves a new manager in the shape of John Glover. September saw them approached by LWT to appear in an episode of Me & My Girl for which they were recorded performing Just Another Monday.
The record was produced / engineered by
Gerry Kitchenham & John Hewlett (ex Manager of Sparks, Milk & Cookies & The Dickies)
Who coincidently was the vocalist with some members of the above on the previous New World Records 45 (The Four Squares The Gates Of Hell / The Debt -NEW 2 )
Sounds & scans Below

Thanks to Rich Carson for the extra info.
Posted by bristolboy at 05:41 No comments: 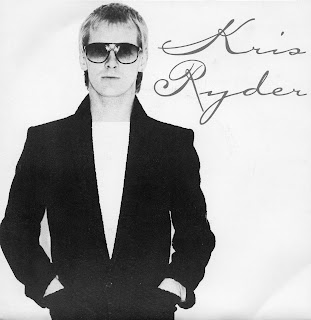 Nice bit of New wave / powerpop from Chis Andrews
(Before Kris Ryder he recorded under the name of Tim Andrews, so as not to be confused with this Chris Andrews)
In 1963, he was a 15 year old Artful Dodger (Steve Marriott similarities anyone), in a production of Oliver in London's West End.
Then (circa 1966) the singer in Les Fleur De Lys & Ruperts People 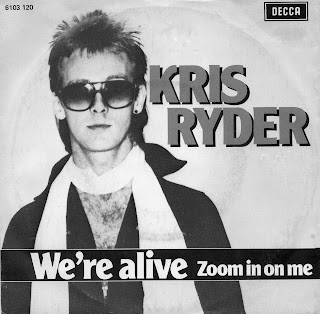 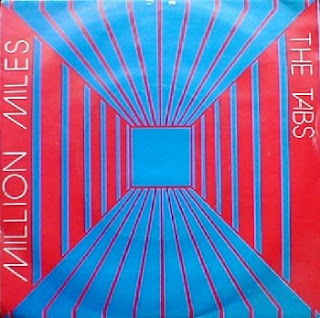 b/w - Gotta Get Away

The Band were from Dublin

Thanks to Irishrock.org for the above info