(Unfortunately for a band that had their records released in the UK / Sweden / Germany / France / Portugal & Italy there is scant info on them. Although a writing credit was given to Lloyd & another of them could have been Guitarist Gary Murphy)

J.M.Mariole & S Beck did turn up again in Household Names who released a 45 in 1981 "White Light / Much Too Young To Love" on the Blue Chip Label. [Better known to collectors for the Kicks - If Looks Could Kill & Smart Alec - My Mummy 45's] 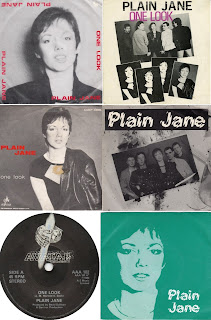 As always, if anyone can add any info, please leave a comment