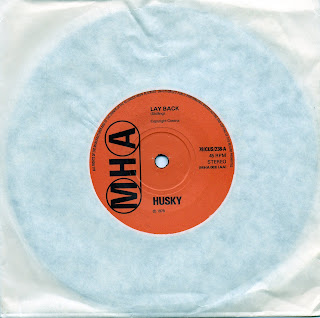 b/w - if Dreams Were Made

Well played 60's inspired Modpop with some hints of freakbeat in Lay Back.

This grows on you with playing

Pressing run of 2,000 with only 50 having the "too expensive to print" p/s shown below (alas, mine is one of the 1,950 - apparently most of the 50 were sold during a two night stint at Reculver Caravan Park) 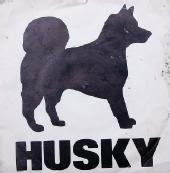 MHA Records was set up by Melvin Harrison (AKA Mel Harris) & Malcolm Anderson & the "Studio" was "Melvin's Mum's House" (Alma Rd, Beltinge) where the band recorded downstairs & the Control Room was upstairs. 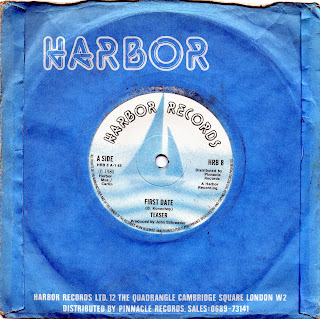 Teaser were a 4 piece from Vancouver (So I guess technically this is a Canadian post).

The 45's a blend of synth-pop & New wave with a sprinkle of powerpop.
First Date was penned by B Konechny whilst the flip is a pretty good cover of Bruce Wooley & The Camera Club's English Garden.

The 45 as with all of the Harbor 45's (that I know of!) was produced by John Schroeder 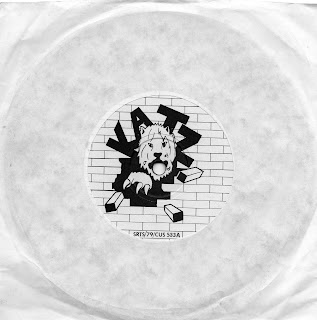 Great powerpop / rock crossover from this Swindon based 5 piece

The band seems to have it's beginings sometime in 1978 as there is pretty good footage on them on Swindon's local music show Tune-in from October of that year.

The self-financed 45 was recorded in Cheltenham at Dik Cadbury's Millstream recording studios (an old pottery) by Nick Critchley (who it seems still works there) & pressed through London's SRT plant. Available at gigs or from Red Carpet (?) & Kempsters

Other tracks from the above Tune-in session were also recorded & broadcast at different times here here & here with the one above been repeated here.
The programme Beat Town even made a video for this 45 (Aired Jan 11 1980)

Thanks to Malcolm for the extra band memebers info

If you read the comments on the above it seems there is a strong possibility that the band will soon play again! 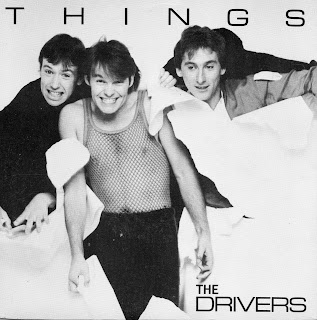 The Drivers story should start with a background on Nick but I'll point you to the above link as it pretty much says it all, except at 14 he was in a school (Imberhorne) band with Steve called Twice Bitten (other members were Nick Muggridge, George Brinkhurst & Pete Birch)
The Drivers were a pretty tight live New wave / powerpop band & after a gig at the Shelly Arms (c1982) they were approached by Bernie Solomon (Canadian Entertainment Lawyer) Who whisked them off to Toronto to Record an LP ("Short Cuts" with production duty from Terry Brown & mixed at Morin Heights' Le Studio in Quebec's Laurentian mountains)
A 45 taken from the LP "Tears on Your Anorak" broke the Canadian Top 40 & while on a Cross-Canada tour to promote this (supported by a Novia Scotia band "Fast Forward") disaster struck.
The Ontario Government halted a controversial condominium sale by Leonard Rosenberg's GreyMac Development Corporation (a main investor in Dallcorte) Freezing its assets and forcing it into bankruptcy.
The Drivers stranded in Canada with their career in limbo decided to return to the UK & pretty much fell apart.
This did mean Nick was free to contact a member of Fast Forward (Kevin MacMichael) but that's another story

Posted by bristolboy at 06:12 No comments: 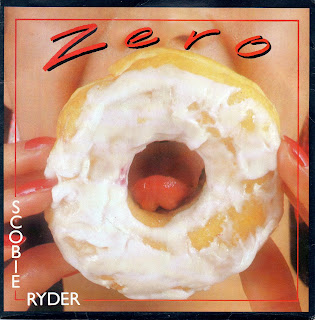 Here's a couple of good places to start 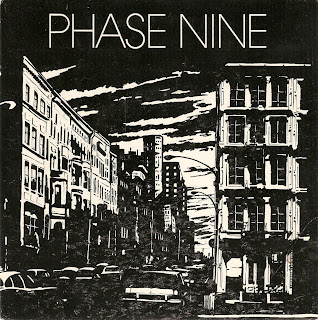 Great punk /powerpop 45 from this Swedish (Stockholm) 5 piece - I personally prefer the flip but there's not much in it!

Once again I'm a bit short on info - it was recorded in June 1982 at Humlan (Bumblebee) recording studio in Stockholm & was released on EFMD Records.

EFMD Records (based in Västerhaninge) was run by Mikael Persson and Patrick Ingeson.
The acronym EFMD stood for Enad Front Mot Disco (the united front against Disco).

It seems the label's finances came mostly from concerts that they themselves organized. Money was then lent to a band to record a 45 (usually in a print run of 500 - although it's believed this 45 may have been of a 1000) Once enough records were sold, the band would pay the company back & the process would begin again with another. 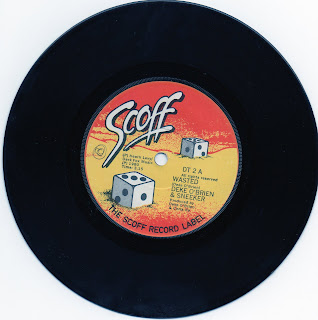 Deke will be known to some as he's a bit of a legend in the Irish music business. (If you don't know him follow the link to Irish rock.org & have a read)

Players on Sneeker's lone 45 were

A big thanks to Irish Rock.org as I've borrowed so heavily from them for this post