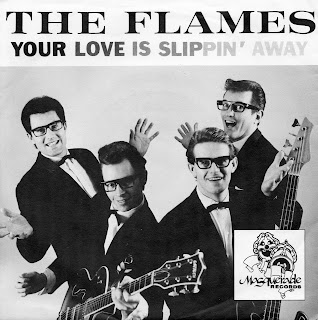 Once again I direct you to the catchy as hell B-side. Not that there is anything wrong with "Your Love..." it's just a bit too cutsey in an Everly Brothers sort of way!!

The 4 Piece were from the West London area & had this record written/produced for them by Eric David Holland
(who in the...
- 70's was a recording engineer in London at Recorded Sound Studios and Nova Sound Studios, Responsible for many of The Sweet 45's
-80's amongst other things worked in A&R at RSO Records. Was a singer songwriter at Jet Music for Don Arden & wrote / performed jingles for Radio 1's Mike Read Breakfast Show) 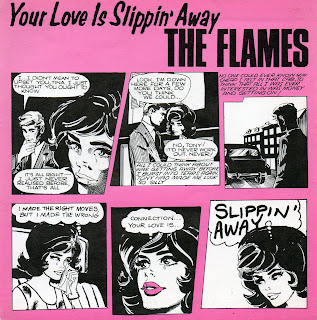 The 45 was released twice in a matter of months (1st on Thrust Records, RUFF 3; then on Masquerade, MASQ 2 - both subsidiaries of Chiswick records) - scans for both are in the download
The Massquerade disc has DICE 13 scratched in the dead wax which was also a catalogue prefix used by Chiswick 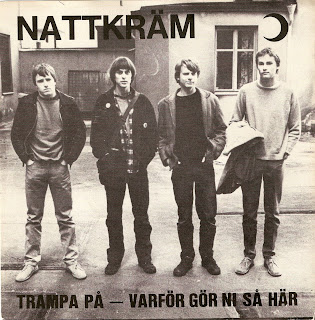 Another great punk / powerpop 45 from Sweden. This time from Åkersberga. 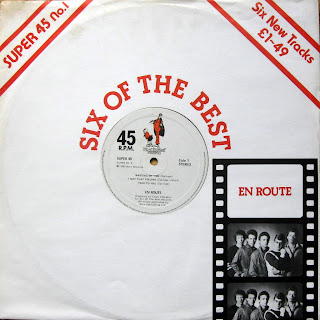 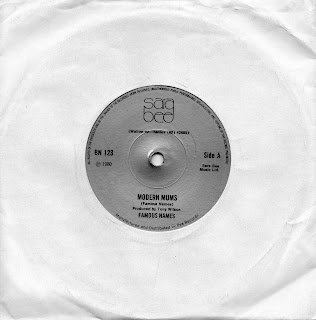 Great Mod/powerpopper on the B-side & another Police type white reggae track on the A.

The 5 piece came from the Shrewsbury area & were

The songs were produced by the infamous Tony Wilson at the London, DJM studio in November 1979. 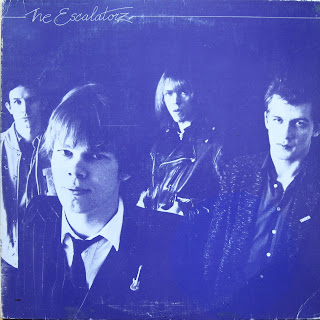 Cool New Wave/Garage Rock debut from This West Berlin 4 Peice.
The Band Ran in name from 1981 -91 although the nucleus of the band Daniels had been a duo With Bauer for a few years prior to this. 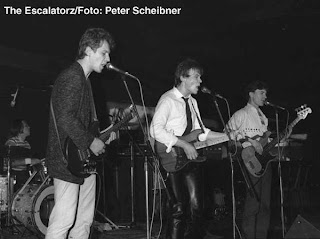 Tot Taylor And His Orchestra - The Choclolate Song (1981) 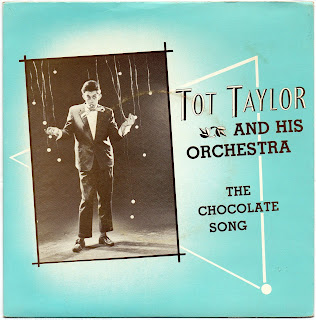 b/w - You Little Unidentified Flying Object
(As, Tot Taylor And The Group)

The A-side is typical Tot from this time but I'll direct you to the flip for a cool slice of powerpop.

OK. the thing about Mr Taylor is he's been around the block a few times (always making some wondeful music if sometimes a bit to theatrical for my taste) but my internet searches seem to have come up with some pretty sketchy stuff - so against my better judgement I'm going to try & recify this.
He was born in Cambridgeshire & his first (school) band A Special Moment was signed to Island Records (1975) [one unreleased 45 ‘Let’s Socialize’]. Then we move on to his next band Advertising (1976-'79 more info here). Mid 1979 see's him in "Tot & the Girls From Room 419" (see my earlier posts here & here for info). He's then picked up by GTO records (Tot Taylor And His Orchestra - 4, 45's of which this is the 3rd & an LP which was taken with him when the label drops him).
He then begins his own label (Compact Organization - probably most famous for Mari Wilson {also let go from GTO at the same time & for whom he wrote for under the pseudenym Teddy Johns }) & carries on recording under his own name as well as a stint with The Sound Barrier.
Several film and Theatre assignments followed including ‘Absolute Beginners’ (1986), and the National Theatre production of ‘Picasso’s Women’ (1992, soundtrack released 2001). He also compiled the soundtracks for Mike Leigh’s ‘Career Girls’ (1988), and Mike Newell’s ‘Dance with A Stranger’ (1986), as well as the Italian cult mafia movie ‘Shatterer’ (1986) & Shakespeare's ‘The Tempest’ (1996), & ‘Macbeth’ (1998).
Taylor stopped recording in 2004 to found an art space - Riflemaker - in the West End of London.

TOT TAYLOR AND HIS ORCHESTRA 45's
Offbeat/Hotel Lux/The Man With The Gong - (GTO GT 281) 1980
The Girl with Everything/Main Title From The Paris Man/Love Theme From The Paris Man/Black & white interludes/My Modern Wife - (GTO GT 287) 1981
The Chocolate song/You Little Unidentified Flying Object - (GTO GT292) 1981
I Wanna Play the Drums Tonight/Girls Never Got Me Anywhere/An Appointment With You - (GTO GT301) 1981 Promo Only? 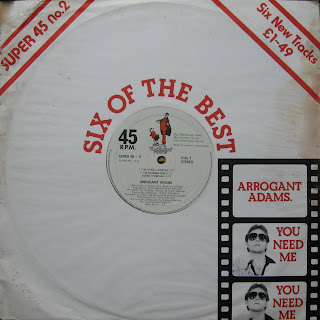 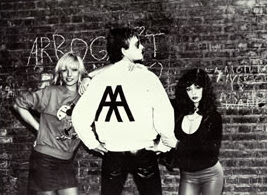 Unfortunately I couldn't find out both the ladies names but here's a photo of them! (Cheryl Powling is on the right - see comments)

This was the 2nd, of I think only 3, 12" releases for Chas Chandler's "Six Of The Best Records"* (a Barn Records offshoot) There was also a RCA promo only 7" released -I'm Good Looking / I'm Number One- to ( I suspect - unsuccessfully) gain radio play. 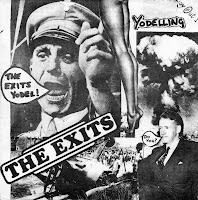 Time For some D.I.Y.

The EP was released on their own Way Out label in a press run of 500 (each individually numbered) & was only available from a few selected outlets - This copy has a Rumbelows, Hounslow stamp on the inner sleeve. Other places were the Beggars Banquet shops (London), Mike Lloyd's Record shop (Hanley, Stoke-on-Trent) or by mail From Way Out Records (Richmond, Surrrey) 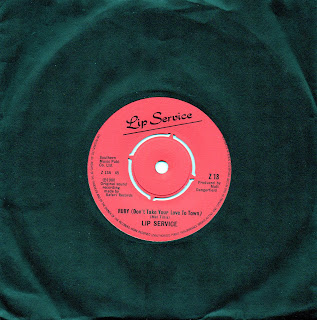 Ruby (produced by Matt Dangerfield, which had already been issued by Safari Records under Gary's Name earlier in the year) is a great cover of the Mel Tillis country classic.
However the Casino Steel penned B-side is the real winner for me. (for an alternative version go here) 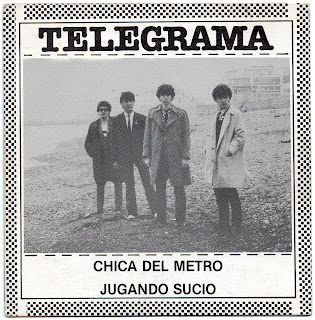 The band began in 1980 (all members being 18 & at the Institute of Eugeni D'Ors, Badalona). They gigged constantly though 1981 with the likes of The Sprays, Brighton 64 & Los Rápidos

March '82 : the record was the 1st release for the independent record label Flor Y Nata (initially a 1000 print run) although the video clip wasn't recorded for "Pista Libre de TVE" until May in Madrid.
July saw them begining their Mandatory Army sevice with a short time together in December to record some demos & then a drift in musical taste led them to disband.

The Sleeve was designed by Manolo Garcia from Los Rápidos

Chica Del Metro can be found on Powerpearls 2