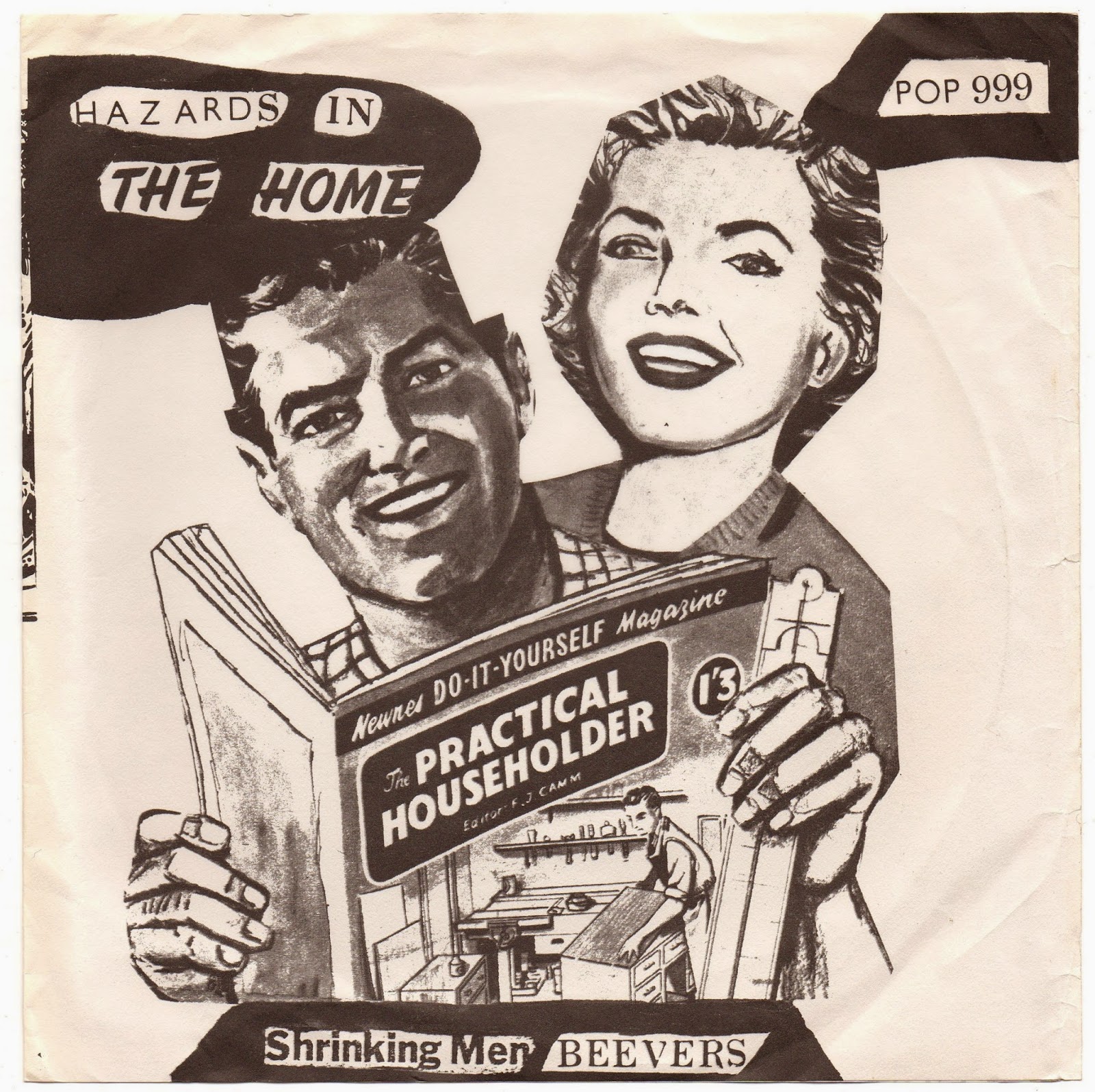 
Brian Pump {Wing Commander Nobody} (Voc)
Chris Colley (Guitar)
John Moon (Bass)
Nick Duckett (Drums)
Baz (Keys)
Although according to the rear of the sleeve Stuart, Pete, Chuck & Sweep appear to have aided in the making of the tunes + Phil & Paul make an appearance in the band later.

The 45 was released on Nick Duckett's own label [Pop Records International] & utilised the logo from the legendary EMI owned label, Top Rank. Top Rank was not amused, and took him to court where he was made to put stickers on all the subsequent records explaining that "This Record has no connection whatsoever with the Top Rank Organisation and Pop Records apologises for any confusion arising from the use of the "man with gong" symbol"

*Track A3 goes unmentioned on this release. The excerpt of this nameless track (called John's Upstairs) being the only recorded evidence of A Fast Crowd

If anyone's interested my pick is the Beevers - Office Practice nice sloppy DIY/Mod, which coincidentally was also comped on Messthetics #006 : UK '78-82 "D.I.Y"

There were also 2 more tracks (Marginally Adjusted // Visitors) that were included on the 1982 Reading V/A LP -Beyond The River [Open Door OD001] If you wanna hear more Shrinking Men tunes go here (Thanks also to this site for the invaluable info).