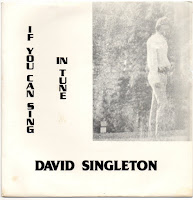 However a small internet search later and:

Singleton has co-produced and/or engineered almost every Robert Fripp release (including King Crimson albums, EPs and archive releases) since 1992, and has also worked on releases by Bill Nelson, Bill Bruford, Europa String Choir and many others. Singleton is the co-owner/director (with Fripp) of the Discipline Global Mobile record label, half of the Ton Prob production team (again with Fripp) and the developer of the BootlegTV live concert streaming setup. 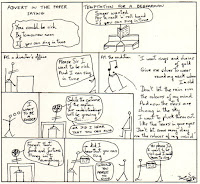 This 45 was recorded and released whilst he was still an undergraduate reading philosophy at St Johns College, Cambridge

Singleton currently releases his own material under the alias of The Vicar – a multimedia project persona that has produced a story blog and videoblogs, printed fiction, graphic novels, and song albums