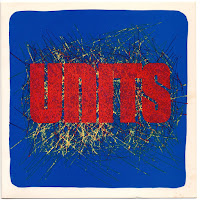 Useless info 1 - Grill Room Is about a story told to Jack regarding the "Boys in Blue" and their often grey area of handling people in their ‘care’. 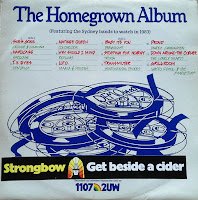 Useless info 2 - Grill Room also appears on the Sydney Radio 2UW - VA LP "Homegrown" (11072UW YPRX2020 - Recorded Sept 1982) "Compiled from Demo tapes of undiscovered Bands to look out for in '83" Recorded by a band called Watfo Zymol & The Simpletons - [Anyone know if they became Zygon? who are linked to a 1985 version of The Units -Tony Gow (Bass), Garry Meaklin (Guitar), Mick Rafferty (Voc)]

As well as releasing this excellent 45; Acheivements also include touring Sydney with The Innocents in 1981 & being briefly joined by Giles Barrow (Exploding White Mice) before they imploded in '81.