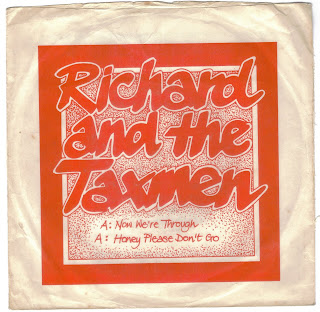 The Doncaster based "Future Earth records" released, in my opinion some top powerpop/punk 45's (+ a few duffers)

The Rotherham band were

I'm pretty sure this is their total recording output as "The Taxmen". but they can be seen perfoming another  track (as well as hearing Chinese takeaway) on the 1981 Ken Loach film " Looks And Smiles" (scroll to 53' 50)

Labels: -UK, richard and the taxmen