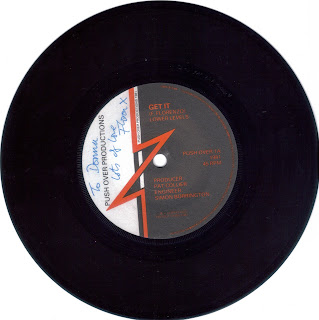 Other than the above I know nothing!! - I picked it up because the producer on the A side was the infamous Pat Collier & for some reason the name of the songwriter Floron Florenzo rang a bell.