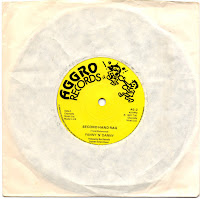 b'w - 'Til You Been There
Second Hand Rag is from the 1981 Play "Wild Wild Women" written for the Orange Tree Theatre Richmond, Surrey's 10th Anniversary & is a bit too Chas n Dave for me but the flip is Good Pub Rock/New Wave