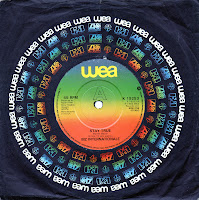 b/w - Just The Thought Of A Love Affair

The band were Poole/Bournemouth based & had a life span of  roughly September 1981 to February 1983. Where upon they became Apres Ski [same band just with a different vocalist (Andy Janek - ex Contacts)] 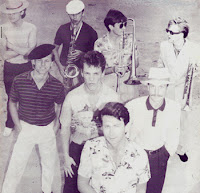 Useless Info -
1- In 1981 Ronnie Mayor put together the compilation "The Apprentices Dance" for the USA label Sounds Interesting which included The Tours/Da Biz & The Contacts. If you want to hear the LP pop over to this newly started blog
2 - Biz Internationale alledgedly supported Tina Turner on some dates of her 1983 Tour
3 - Ronnie (guitar) also backs Surfin Dave on the track Stateside Centre along with
Ian Sandy (bass) and Nicky Buckle (drums).

**THE REAPPEARENCE OF RONNIE MAYOR (May 2004)
On Wednesday, May 5th, Ronnie Mayor performed at The Blue Boar in Poole for about an hour, along with friends Conrad Barr and Pete Christie. This gig was probably his first local appearence in twenty years. He performed songs new and old, covers and originals, in a "back to the roots", unplugged style with Conrad on keyboards and Pete on percussion. It was like a breath of fresh air. And to be honest Ronnie didn't look a lot different from the way he looked twenty years ago.


Finally thanks to Bournemouth Beat from where a lot of this info was sourced from
Posted by bristolboy at 01:44